For generations, humans have been harnessing the power of the sun. They built sunrooms to warm themselves, and they used sunlight to grow vital crops. In recent years, scientists, researchers, and businesses have learned to convert sunlight into electricity with the use of solar panels and photovoltaic systems.

How have we come so far? Here we look into the history of solar power and where it all began.

The discovery of the solar power

Edmond Becquerel, a French scientist, first discovered the photovoltaic effect in 1839. He found that the process occurs when light is absorbed by a material and creates electrical voltage. 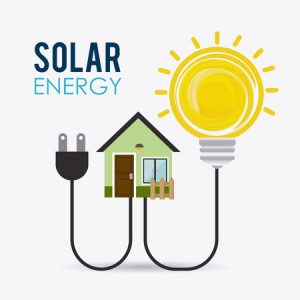 A few decades later in 1876, William Grylls Adams and Richard Evans Day found that selenium could produce electricity from light without heat or moving parts. This discovery proved that solar power could be easy to harvest and maintain. These two discoveries led Charles Fritts to produce the first solar cells from selenium wafers in 1883.

Fast forward to 1953, where physicists at Bell Laboratories figured out that silicon is more efficient than selenium. As a result, they were able to create solar cells capable of powering electrical equipment. Silicon could power an electric device for several hours of a day, and it was so effective that we still make modern-day solar cells with the material.

Solar power existed well before the 20th and 21st centuries, but it wasn’t in use until the 1970s. The first solar residence was constructed in 1973 by the University of Delaware and was integrated with photovoltaics by having solar integrated into the rooftop.

Residential solar power started coming to life when DIY solar panels became popular in 2005. Today, people and industries choose to use solar panels to save energy and costs.

Become a part of this innovative approach to photovoltaics with Empire Clean Energy Supply, a renewable energy company committed to finding the newest and most efficient ways to use photovoltaic solar panels and systems in Long Island, NY. Give us a call at 631-589-4340 today and learn more about our products and services!