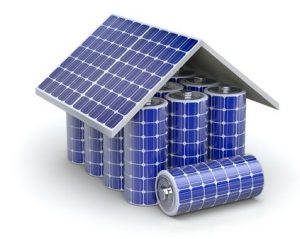 There are more and more people turning to solar power for all of their energy needs. It’s one of the cleanest forms of energy, and people are able to get access to it simply by using the sun. However, one of the big drawbacks with solar energy is that you can’t harness the power of it at night or even on cloudy days. There are ways to take sunshine and convert it into electricity that can then be stored, but for now, it’s still expensive to do that and far more work than it’s actually worth.

However, that could be changing at some point in the not-so-distant future.

What is a thermal battery?

A group of scientists at the University of Massachusetts have developed a new polymer called AzoPMA that might be capable of serving as a “thermal battery,” according to NBC News. In theory, the plastic-like material could absorb sunshine throughout the day, store it, and then release it later in the form of heat. The scientists who created it believe it could represent a big breakthrough in solar energy and make it more accessible than ever, especially in third-world countries and other places that can’t currently take advantage of solar power.

How does a thermal battery work?

AzoPMA seems to be able to hold a significant amount of heat from the sun. In fact, the scientists who came up with it have found that it can hold about 200 times as much thermal energy as water can, which is obviously an impressive number. The molecules located within AzoPMA are capable of conforming into different shapes, which allows it to store heat effectively. That heat could theoretically then be used at a later time to power solar-thermal ovens and other solar-thermal products. Someday, the technology used to create AzoPMA could even be utilized to develop thermal batteries that could heat homes. Thermal batteries are still a relatively new concept, but that could bode well for everyone since it means there could be all sorts of practical ways to use them to improve life as we all know it.

Empire Clean Energy Supply is excited about the possibilities for thermal batteries, and we can’t wait to see how they develop. However, for the time being, we offer a range of products that will allow you to take advantage of solar power now. Call us at 631-589-4340 today to hear about how our products could benefit you.