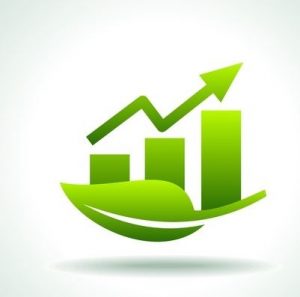 Everyone knows that “going green” when it comes to energy usage is great for the environment. However, did you know that it will prove to be great for the bottom line of the U.S., too? If more people choose to start using green energy, it would have a huge financial impact on the country as a whole and, to a much larger extent, the entire world. Here are some economic benefits that come along with using green energy.

The country will spend significantly less money on fossil fuels every year.

According to Renewable Energy World, America would save about $65 billion—yes, billion—per year throughout the 2020s by making a big investment in green energy. Initially, that would be offset by the billions that would need to be spent to create more green energy, but by the 2040s, the savings would reach almost $700 billion per year, which would really add up over time.

The country will create more jobs and put more money in people’s wallets.

Analysts are predicting that green energy could lead to the creation of about 1 million new jobs over the next few decades. More jobs would equal more money for those who need it most. While other industries are going belly-up, the green energy industry is expected to grow by leaps and bounds, which would result in more people having jobs around the country.

The country will save money on the health problems created by pollution.

Pollution isn’t just ruining the earth. It’s also leading to unnecessary health issues within many people. By utilizing green energy more and cutting down on pollution, we can also do away with many of those issues and save healthcare costs.

Empire Clean Energy Supply is a company that’s dedicated to promoting green energy. If you would like to hear more about our green energy solutions, call us at 631-589-4340 today.